Should I be the one to say "I love you" first? 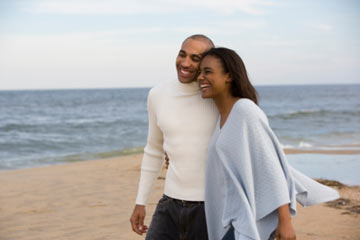 Could saying "I love you" too soon sabotage a great relationship?
Comstock Images/Thinkstock

When it comes to dating and building a relationship, there are plenty of "firsts" that can serve as memorable milestones: first date, first kiss, first time meeting each other's friends and family. But what about the first time one of you feels compelled to confess that things have gone from like to love? Is there a general rule of thumb for how long to wait before sharing this sentiment? Does it matter in terms of gender who says it first? Let's take a closer look at these questions as well as some other factors to consider if you're the one who's ready to scream it from the mountaintops.

All in the Timing

Truth be told, there's really no magic formula for figuring out the right amount of time that should be invested before making the "I love you" declaration. You'll likely get differing advice on this depending on who you ask, whether it be relationship gurus or family and friends. Psychologist Dr. Gail Saltz, who specializes in sex and relationship issues as well as in mental health, asserts that if someone says it too soon, such as before three months, the relationship can sour quickly. But if too much time has passed -- maybe a year -- and it still hasn't been said, the relationship can also be sabotaged as a result of building insecurity and even animosity. Your best bet might be to focus less on the calendar and more on what you're feeling inside.

Guy, girl … does it matter in terms of who says it first? Again, depends on who you ask. The ball should primarily be in the guy's court, says Wendy Atterberry, relationship blogger for The Frisky. She notes that men are usually more cautious about their emotions and take a longer time before feeling ready to take their relationship to a more committed level. Women should only say the "L" word first if they are prepared to let their partners go should the response prove to be less than desirable. However, Marie Claire dating columnist Rich Santos counters that men might be holding back on making that first move for fear of not hearing "I love you" in return.

So perhaps a woman should make that move. It really boils down to the people involved, their personal beliefs, and the situation itself. The good news? There's no law against saying "I love you" first, whether your chromosomes are XX or XY.

Who wouldn't love an ideal backdrop (candlelit dinner, your birthday, during intimacy) for giving or receiving such a declaration? But it could also easily happen during a time and place you'd never expect (in the elevator, getting ice cream, at the ATM). Either way, it's more likely the setting will become part of the story, so don't worry about trying to orchestrate it too much. Otherwise, that first "I love you" could be void of any spontaneity, cautions Marie Claire's Santos.

So you've made the decision to throw the "L" word out into your relationship orbit, but what do you do if it's not followed by the same response? Though it might initially feel hurtful or confusing, keep in mind there could be several reasons why your significant other doesn't immediately reciprocate: nerves, indecision, fear of getting hurt or something else. Try to avoid unintentionally coaxing a forced response by letting the dust settle, then revisiting the subject at a later time so your counterpart doesn't feel put on the spot.

Another tactic could be to alleviate the pressure by letting your partner know immediately that this is not a prelude to the dreaded "define the relationship" talk, say Jennifer Hunt and Dan Baritchi, founders of Ask Dan & Jennifer, a popular Web show and advice column focusing on love and sex. All you are doing is sharing your feelings, not demanding to be in a committed relationship or hear something specific in return.

While there's no going back once you've said it, there also may be no need to do so. Your partner may reciprocate those sentiments, given time. But if it seems like your partner will never quite get to the same place, it might be time to rethink the relationship. Stand confident in what you've shared until you see what comes next.

10 Dating Faux Pas
10 Facebook Faux Pas in New Relationships
When is the right time to say 'I love you'?

Why So Many Married Couples Look Alike
How to Approach a Guy You're Interested In
When is the right time to say 'I love you'?