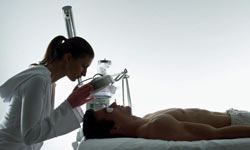 Acne can make an unwelcome appearance on our faces at any point between the cradle and the grave. While it's more common and more intense for adolescents and those in their 20s due to heightened levels of hormones such as testosterone, infants and older adults get acne as well. Often, we'll think we've outgrown it only to be surprised by its periodic reappearance.

Our faces are covered in tiny hair follicles. Sweat travels out of these follicles, as does an oily substance called sebum. Sebum is created by sebaceous glands, which exist within each hair follicle. As sebum works its way up and out of the follicle, it carries with it dead skin cells. The mix of sweat and sebum forms a protective layer upon your skin, keeping bacteria and other harmful substances from entering your body. When too many dead skin cells are present, too much sebum is produced, or substances on the skin (like makeup) cover up the follicles, blockages occur. Once sebum and dead skin cells are trapped, bacteria multiplies and inflammation occurs, resulting in acne.

There are acne treatments that you may be very familiar with, such as washing your face regularly, applying benzoyl peroxide to your skin, and managing your stress levels through exercise. However, there are five surprising acne treatments -- some with proven effectiveness, some without -- that you may not have heard of.

First up: topping yourself off with your tissue salt.

Cell salt therapy is based on a set of beliefs formed by Dr. William H. Scheussler in Germany in the 19th century. Scheussler examined the remains of cremated bodies and came up with the conclusion that they were comprised of only 12 mineral compounds, which he called "tissue salts." He believed that a body with unbalanced mineral compounds would become diseased. Thus, the good doctor provided his patients with pills containing traces of the mineral compound he thought their bodies lacked.

How does this relate to acne? Practitioners of cell salt therapy believe that acne is a result of a bodily deficiency of calcium sulfate.

Cell salt therapy has a few similarities to homeopathic medicine. Unlike what is generally referred to as modern medicine, cell salt therapy and homeopathic medicine employ the practice of administering tiny amounts of a curative substance to alleviate a medical disorder. Another thing these two practices have in common? Proof of their effectiveness is largely anecdotal, and evidence either practice works at all is scarce.

But don't tell that to believers of cell salt therapy, many of whom will swear it can alleviate acne as well as other conditions. Since the amount of calcium sulfate used in treatments is diluted to near-nonexistence, it certainly wouldn't hurt to find out for yourself. Afterward, you may choose to rummage through your home's junk drawers to find what you'll need to try our next surprising acne treatment.

Few dermatologists would recommend these anti-acne folk remedies, and anecdotal evidence seems split down the middle regarding effectiveness. Thus forewarned, you may want to try the following and draw your own conclusions:

Next, borrow a page from science fiction to treat acne.

As incredible as it sounds, laser therapy is a pretty common treatment for acne. The results are permanent, and one session is usually all that's required. Lasers can also be used to get rid of most types of scarring, unless the scarring is particularly deep (known as "ice pick scars").

There are different types of lasers and pulsed lights, such as continuous wave carbon dioxide lasers, diode lasers and low-intensity blue light. Some treatments, like blue light therapy, are minor, painless procedures that destroy P. acnes without destroying skin. Diode lasers eradicate troublesome sebaceous glands from the skin, while high-intensity lasers remove a layer of the skin itself.

Laser treatment can promote new growth of collagen and elastin fiber, giving the skin a more youthful and firm appearance.

The lasers transmit energy in waves that are absorbed by water in the skin. To minimize "collateral damage" to the skin surrounding the treatment area, pulses are delivered quickly -- by speeding up the pulses so that the second pulse hits while most of the energy from the first pulse is still concentrated in the target zone, the heat stays where it's needed.

While laser treatment is effective, it's not right for everybody -- some skin conditions or characteristics may make you a less-than-ideal candidate. Also, laser treatment can cause redness or discoloration that persists for several months, or may even be permanent. If you're considering laser treatment, remember that it can potentially cause more damage than it resolves.

Next, turn up the heat to turn down the acne.

When combined with pulsed light treatments, heat therapy (as administered by a dermatologist) can destroy the bacteria responsible for acne as well as reduce the size of sebaceous glands, which too often get clogged by the oil they produce. Once shrunken, the glands produce less oil, which normally means fewer breakouts.

The heat speeds along the bacteria-killing process of pulsed-light treatment by opening up pores, heating up the follicle and greatly increasing the chemical reaction the light treatment initiates among bacteria.

People undergoing heat therapy may experience redness in the treated areas, but normally it's temporary and clears up on its own. Treatments are ongoing (usually lasting a month or so in total), and results can be noticed in as few as two weeks.

Devices that make use of heat to battle acne are also available for home use, but they won't help once whiteheads have formed. The heat sources (generally handheld battery-powered devices) are pressed against blemishes for varying amounts of time, depending on the temperature reached. A treatment may last anywhere from a few seconds (for an applicator that reaches more than 200 degrees Fahrenheit, or 93 degrees Celsius) to a few minutes (for a device that operates around 110 degrees Fahrenheit, or 43 degrees Celsius).

While they don't reach temperatures hot enough to kill bacteria, the heat wands can force the bacteria to shrink and retreat from the area of treatment. At higher temperatures, heat-stabilized proteins are stimulated, producing an anti-inflammatory effect.

Next: a more industrial approach to skin care.

Working on your skin can sometimes sound like major construction, and so it goes with microdermabrasion. The aim of this procedure is to "resurface" your face, but fortunately, it's not as intensive as it sounds.

While dermabrasion uses a brush to sand away a thick layer of surface skin, its less invasive cousin helps reduce or even eliminate acne scars by essentially sandblasting the outermost layer of skin cells away. A small device bombards your facial skin with tiny particles of aluminum oxide while at the same time sucking the crystals off your face. It sounds horrible but is in fact an easy and painless procedure that usually lasts around a half-hour.

Microdermabrasion has been shown to stimulate new skin production, so you won't be losing anything that won't come back. Following treatment, the skin's surface will be smoother, and any natural or acne-caused discoloration in your face will be diminished.

It's not usually a one-time procedure, and you may need a dozen weekly treatments to get the results you want (the number of treatments will vary case to case). Shallow scars are easier to treat than larger ones.

There's a chance your skin will have some redness afterward, but any discoloration should go away on its own in a day or so.

Want to read more articles on acne? Check out the links on the next page. 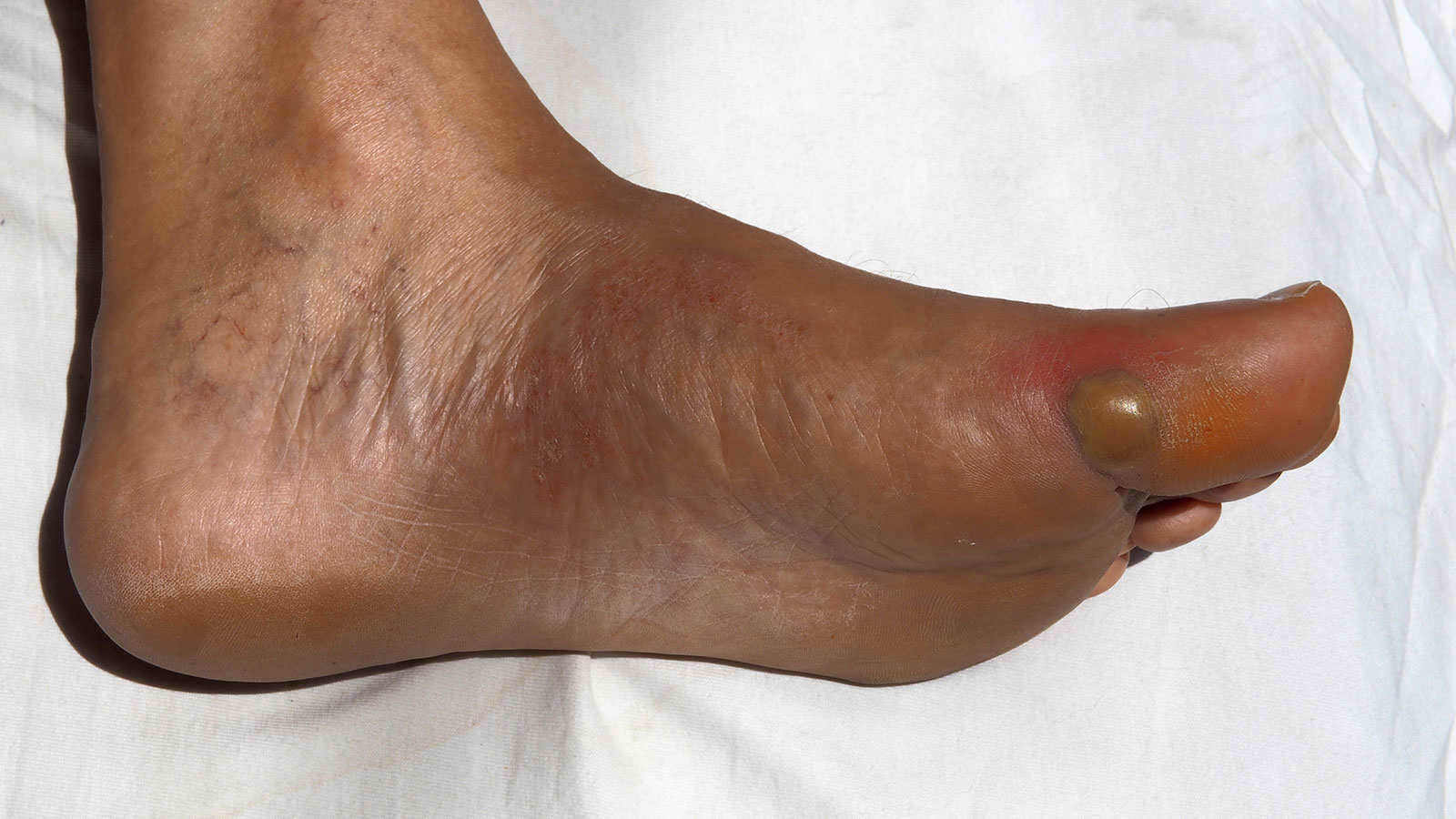 HowStuffWorks finds out whether it's better medically to pop that blister or leave it alone.