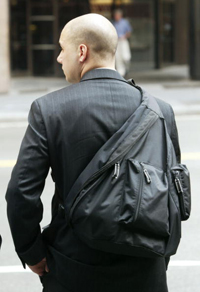 We all remember that old uncle with the horseshoe-shaped fringe of hair encircling the back of his otherwise bare pate. Along with the spare tire, baldness has always been one of those decidedly un-cool signs of aging.

Even though bald celebrities like Bruce Willis, Michael Jordan, Patrick Stewart and American Idol’s Chris Daughtry have achieved sex symbol status, many of the estimated 40 million American men -- and women -- who are going bald aren’t content with losing their hair. They’re spending more than $1 billion a year on hair transplants, lotions, toupees, and even spray-on hair to combat baldness.

In this article, we’ll find out which, if any, baldness treatments actually work. But first, let’s look at why people lose their hair.

Just underneath the skin on the head are follicles -- an estimated 100,000 of them per person. One hair grows from each of these follicles in a cycle made up of three distinct phases:

Each hair grows at a rate of about one-half inch per month for two to six years, and then falls out. If you see hair in your brush or on your shower floor in the morning, don’t be alarmed that you’re going bald. It’s normal for people to lose 50 to 100 hairs each day as part of the normal telogen cycle. You're balding, however, when more hair falls out than is replaced, the new hair is thinner than the hair that fell out, or the hair falls out in clumps.

One of the main causes of baldness is when the male hormone testosterone is converted to a form called dihydrotestosterone (DHT). DHT acts on the hair follicle to slow down hair production and produce thinner, weaker hairs. Eventually, hair production in the follicles stops. Women also have a small amount of testosterone, but estrogen weakens its effects until menopause, when estrogen production slows (that’s why many women find themselves facing hair loss after menopause). 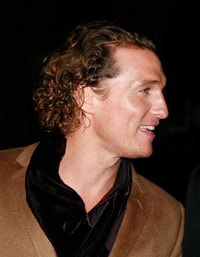 This is the most common cause of hair loss in men, and it's usually inherited, as well as effected by the male hormone, DHT. As many as half of all men experience baldness by the time they reach their 50s. In most men, the hair thins from the forehead first, forming an "M" shape. Then, the hair starts going at the top of the scalp. Eventually, the thinning hair at the front and top meet up, leaving only a ring of hair around the head.

The female version of hair loss can affect about a third of women past menopause. Unlike in men, the front hairline stays put, but the hair thins all over the head, widening the part and often forming a "Christmas tree" pattern. Hair loss in women can be particularly devastating emotionally, due to the emphasis placed on a woman's appearance.

This disorder, which affects an estimated 1.7 percent of the population, can strike at any age, and it can affect hair on both the head and body. Researchers believe that people are genetically predisposed to develop alopecia areata, and then a virus or other environmental event occurs to trigger the hair loss. It's considered an autoimmune disorder, meaning that the body attacks itself. In this case, white blood cells from the immune system attack hair follicles, causing the hair to fall out and the hair growth process to slow. Typically, the hair suddenly falls out from its roots in one circular area, but then grows back after a few months. Variations of this condition include alopecia totalis (the loss of all scalp hair), and alopecia universalis (loss of all scalp and body hair).

Burns, bacterial or fungal skin infections, injury, or X-ray treatments can leave scars on the scalp, which prevent hair from growing in certain patches.

Telogen is the last phase of the hair growth cycle -- the resting phase. At theend of this stage, normally the hair falls out and the cycle begins again. It's normal to lose about 50-100 hairs per day from telogen, but people who have telogen effluvium lose more. Acute telogen effluvium can last about six months. The chronic version of the condition can persist for years. Sometimes telogen effluvium will improve on its own without treatment. In other cases, medication (minoxidil) can help restore hair growth.

Very rarely, people are born with sparse or brittle hair because of a disease that damages the hair shaft. These diseases are typically inherited, and include monilethrix, pili torti and trichothiodystrophy.

Trichotillomania, which comes from the Greek words for hair (trich) and morbid impulse (mania), affects an estimated 1 to 3 percent of people. People who have this condition feel an impulsive need to pull hair from their scalp, eyelashes, eyebrows and beard. Some people do this to relieve tension; others aren't aware they're doing it. Scientists believe the disorder is caused by imbalances in the brain chemicals serotonin and dopamine. It also can be life threatening if people eat their hair, a condition called trichophagia.

When to See Your Doctor

Other Causes of Hair Loss 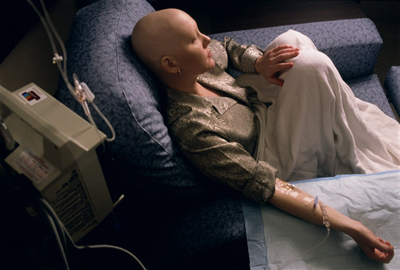 Many chemotherapy patients will shave their head in anticipation of their hair falling out.
Kevin Laubacher/Getty Images

Hormones and genes are the main reasons people lose their hair, but a number of other factors can come into play, from illnesses to medication. Here are a few:

Stories abound about how and why people lose their hair. Here's the truth behind some of the myths surrounding baldness:Myth: If your maternal grandfather went bald, you will too.Fact: This is probably the biggest single myth about baldness. The truth is, you inherit your genes from both sides of the family, so you need to look at your mother's father AND your father's father to get a clue as to where your hair might wind up.Myth: Massage can stimulate hair growth by sending more blood to the scalp.Fact: Research finds no link between blood flow and hair loss. If anything, vigorous massage can pull on hair, causing you to lose what little remains.Myth: Cutting or shaving your hair will cause it to grow back fuller.Fact: Anyone who has shaved knows that the hair that grows back appears fuller, but that's only because hair is thicker at the base than it is at the tip. Shaving and cutting have no real effect on hair thickness.

Unfortunately, there’s no way to prevent baldness. However, companies have come up with a vast assortment of creams, sprays, oils, shampoos, tonics, medications and herbal remedies to combat the problem. Here are a sample of some hair-loss treatments and how well they work.

The U.S. Food & Drug Administration (FDA) has approved two medications that can slow hair loss, and in some people, actually re-grow hair. Although they work well, these drugs must be taken continually. As soon as you stop taking them, hair loss will start back up again. 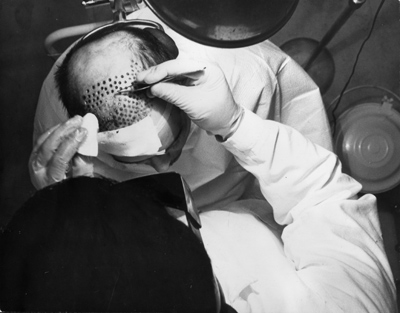 Medications are only temporary solutions to hair loss. Stop taking them, and they stop working. Hair transplants and other surgical procedures are more permanent, although they can have side effects such as bleeding and infection.

No Testosterone, No Baldness 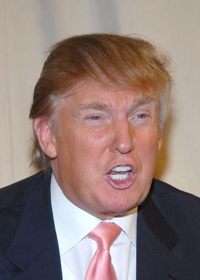 Some men grow their remaining hair longer on one side of their head and use it to cover, or comb-over, their bald spot. Donald Trump is one famous example.
George Napolitano//Getty Images

Hairmax LaserComb was the first non-drug hair loss treatment approved by the FDA. Men hold a device to their head for 10 to 15 minutes at a time, three times a day. The LaserComb sends out a low-level laser light, which reportedly promotes hair growth. In one study, the LaserComb increased the growth of terminal (thick) hairs in 93 percent of the men who used it. Although it appears to work, the LaserComb isn't cheap. According to the manufacturer's website, it can cost more than $500.

There are a number of decidedly lower-tech solutions to hair loss, from wigs and toupees to semi-permanent hairpieces. There's even spray-on and powder hair, which have been touted in many infomercials. These temporary patches are made up of tiny fibers that are meant to look like real hair. How realistic they actually look is a matter of opinion.

Several alternative remedies have been touted as baldness treatments, including:

One company markets a product called Retane, which contains a combination of vitamins B5 and E, folic acid, aloe vera, biotin and other natural substances. In its own unpublished study, the company found that 86 percent of patients who took Retane experienced less shedding, with no side effects.

Be wary when using any natural remedy, because the FDA most likely hasn't approved them. And some can have side effects, especially when taken with certain medications.

The Future of Baldness Research 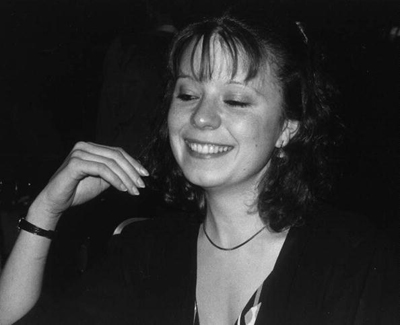 Amanda Reynolds, the wife of Colin Jahoda from Britain's Durham University, who has sucessfully grown a hair follicle transplanted from her husband's head.
David Hutchinson/AFP/Getty Images

Today, science can only patch up bald spots or stop hair loss. What if you could re-grow your hair one day? Research is quickly moving in that direction.

In 1990, a scientist named Colin Jahoda at the University of Durham took hair follicle cells from his head, cultured them in a laboratory and then implanted them on his wife's arm. Eventually, a thick dark hair sprouted from in between her blond, fine arm hair. When the hair was analyzed, it contained Colin's DNA. Excited by his results, Jahoda tried a similar experiment in mice. In 1992, he took cells from the follicle of a mouse whisker, copied them in the lab, and then transplanted them into a mouse's ear. The mouse grew a whisker from its ear.

Since then, researchers have been trying to get hair follicle cells to multiply. Hair follicle cells can change not only themselves, but the cells around them to transform into hair. The idea would be to clone the cells in the lab, then transplant them onto a human head, where they would grow into real follicle cells sprouting real hair.

Even more malleable are stem cells, which can transform into many different types of cells. When researchers at Rockefeller University transplanted stem cells into genetically engineered hairless mice, the mice grew patches of fur. Now scientists are trying to replicate the effects in humans.

Another avenue of hair regeneration research focuses on genes. Scientists at the University of Pennsylvania have discovered a gene, called wnt, which produced new hair follicles in mice. Researchers hope that one day it might be possible to use this or similar genes to grow new follicles in humans. With gene therapy, scientists might also be able to eventually block the action of genes that cause hair loss. However, because hair loss involves a complex interplay of genes and hormones, a "cure" for baldness is likely still many years away.

For more information on baldness, treatments and related topics, explore the links on the next page.

Is Going Sockless Bad for Your Feet?
How Can You Avoid That Trip to the Dentist? Regrow Your Teeth
Gum Disease Explained