How to Treat a Urinary Tract Infection with Traditional Chinese Medicine

by Bill Schoenbart & Ellen Shefi
Next 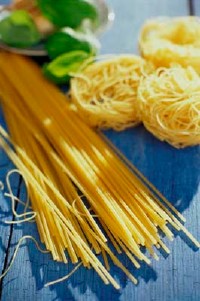 Although commonly called a bladder infection, a urinary tract infection (UTI) may be caused by bacteria in any part of the urinary tract, including the kidneys, ureters (the tubes that carry urine to the bladder from the kidneys), urethra (the tube that empties the bladder during urination), or bladder (the sac that "holds" urine before it is released through the urethra). The bacteria that cause UTIs most often enter the urethra and travel up through the urinary tract.

Although men can experience infections of the urinary tract, women are much more likely to get them, for a number of reasons. First, because a woman's urethra is shorter than a man's, bacteria can more easily reach the bladder. Second, expectant mothers may be at higher risk for infections of the kidneys because a fetus can put pressure on the ureters. Finally, the act of sexual intercourse can push bacteria into the urethra. Wearing a diaphragm can put pressure on the urethra and make it harder for a woman to completely empty her bladder, causing bacteria to collect and flourish in the uneliminated urine.

The symptoms of UTI are the same for men and women: Frequent, painful urination and some difficulty when urinating (you feel the urge to go, but are able to void only a small amount). UTIs can be acute or chronic. A number of factors increase a person's risk of UTI, such as a new sexual partner, a diet high in carbohydrates and low in protein, and not drinking enough water.

The underlying pattern of chronic UTIs in traditional Chinese medicine is usually kidney yin deficiency. Other symptoms include a red tongue with very little coating, and, possibly, irritability and night sweats. With the cooling aspect of the kidneys depleted, the heat generated by yin deficiency can lead to a chronic inflammation.

Western medicine treats UTIs with antibiotics, but unless the underlying yin deficiency is rectified, as soon as a person gets rid of one infection with antibiotics, another one sets in. This cycle can be repeated over and over, causing other problems from the side effects of the drugs. In Chinese medicine, the standard treatment for chronic UTI is to tonify yin and clear heat with a formula such as Zhi Bai Di Huang Wan.

The most common pattern associated with an acute UTI is damp heat in the urinary bladder. Symptoms are fever, possibly chills, burning urine, pain in the back or lower abdomen, an urgent need to urinate frequently, a red tongue with a thick yellow coat in the back, and a full, slippery pulse. An infection at this stage is best treated by a practitioner, since the infection can easily become more serious and spread through the kidneys.

Acute cases often respond very quickly to acupuncture and herbs, sometimes in just a few days or even sooner. The most effective acupuncture point is Ren 3 ("Middle Summit"), located directly over the urinary bladder. Another important point is Spleen 9 ("Yin Tomb Spring"), located below the knee along the inside of the tibia bone. This point is often sensitive to pressure if there is a UTI, and it is very useful for all types of imbalances of the urinary tract. Its traditional functions are to transform damp stagnation and benefit the lower burner. During therapy for UTIs, it is important to avoid sweets completely. Eat a protein source at every meal to make the urine more acidic and less hospitable to bacteria. Wear cotton underwear to ensure that air circulates and prevents a damp environment. Abstaining from sexual activity is advised, but if not feasible, both partners should shower before having intercourse to avoid further infiltration of bacteria into the urinary tract.