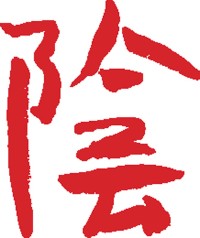 For this reason, Chinese medical theory tends to focus more on the relationship of one organ to another. The lungs, for instance, "open to" the nose: when the lungs are healthy, the sense of smell is acute, and the nasal passages remain open. While this approach has some analogues to the Western understanding of internal organs, it is important to view the Eastern tradition on its own terms.

Find out more about the role of the lungs in traditional Chinese medicine on the next page.