by Jesslyn Shields Nov 3, 2017
An allergy to shellfish is the most common food allergy among adults in the United States. Steve Chenn/Getty Images

We often think of food allergies as kids' stuff: peanut-free elementary school classrooms, special dairy-free ice cream at birthday parties, and that one friend you used to have who couldn't eat anything containing red food dye — which meant you got all his primo Halloween candy and he had to make do with Almond Joys.

But we don't always develop our allergies as children; it's just that childhood food allergies are studied more often than those acquired in adulthood. However, new research presented at the American College of Allergy, Asthma and Immunology (ACAAI) annual meeting finds that 45 percent of all American adults with food allergies have at least one allergy that only materialized in adulthood.

And it's a lot higher than anyone anticipated. Compared with studies conducted a decade or more ago, the research team found that while a 2004 study estimated that 2.5 percent of adult Americans were allergic to shellfish (the most common food allergy among adults in the U.S.), this 2017 study found that number is more like 3.6 percent of the population. Same goes with tree nut allergies — a 2008 study estimated only 0.5 percent of American adults were allergic, but this new data saw a 260 percent increase, with an estimated 1.8 percent of adults having to avoid Nutella and almond butter. (Sad.)

"Adult-onset allergies are particularly interesting to study because they likely involve losing immune tolerance to foods that adults have already been previously exposed to and eaten without having an allergic reaction," says co-author Christopher Warren, a doctoral candidate in preventive medicine at the University of Southern California, via email. "This is in contrast to childhood food allergies, which involve the immune system failing to develop tolerance to these allergenic foods in the first place. There may be two distinct mechanisms at work here."

So, why would adults be losing their immunity chops when it comes to certain foods? A possible clue might lie in the demographic trends found in this study. The research team found certain populations were more at risk for specific adult-onset food allergies than others. For instance, Hispanic adults were all more than twice as likely to develop allergies to peanuts than whites, while Asians were more than twice as likely to develop shellfish allergies than whites.

"There are a number of interesting hypotheses currently under investigation as to why this might be," says Warren. "For example, the intercultural differences in the ways that allergenic foods are prepared could be influencing the rates of food allergy to those foods."

According to Warren, when foods like peanuts are roasted in the presence of sugar (undergoing a browning process known as the Maillard reaction), compounds called advanced glycation end products (AGEs) are created. AGEs have been shown to increase the allergenicity of foods. Boiling foods, on the other hand, tends to make their proteins less allergenic. This hypothesis may explain the low rates of peanut allergy in Asia, where peanuts are typically boiled or fried, relative to the Americas, where peanuts are typically dry roasted. This is consistent with what the research team found out about the prevalence of seafood allergies among Asian-American participants: Other population-based studies conducted in Asia have found shellfish allergies are the most common allergy among older children and adults there as well.

However, diet might not have everything to do with why certain populations develop allergies to specific foods with higher frequency.

"Recent work out of the HealthNuts cohort in Australia suggests that the Asian environment may be protective against food allergy," says Warren. "Australian-born Asian children are at much higher risk of developing food allergies than Asian-born kids who move to Australia, possibly because they have been exposed to a different diet, bacterial and UV environment."

Warren and his co-authors are interested in looking at differences in food allergy prevalence in the U.S. to see if similar differences are observable among U.S. migrants relative to those born in the States.

Now That's Interesting
According to the study, many adult-onset food allergies are never diagnosed because the patients believe their reaction to be a food intolerance.

New Movie Crush Podcast Talks 'Tron,' and Why It's So Awesome 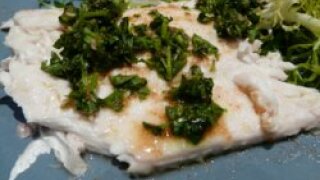 Can you take fish oil supplements if you have a fish allergy? 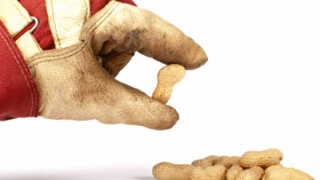 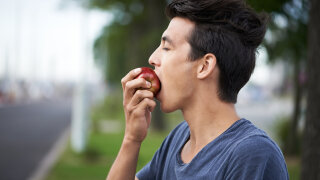 Your Hay Fever Could Make You Allergic to Some Fruits