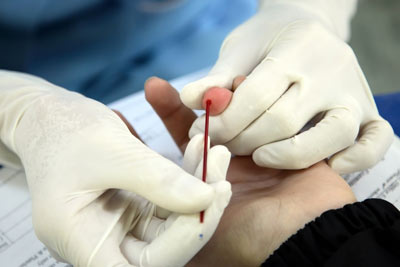 Tourette's diagnosis is an exclusionary process. This means that doctors have to rule out all other causes of the patient's symptoms before they diagnose Tourette's. They use EEGs, MRIs and blood tests to test for other possible causes, which can include seizures, brain abnormalities, hyperthyroidism and movements induced by drugs.

Once they rule out all other possibilities, doctors diagnose Tourette's through determining the age of onset and observing movements. The tics must begin before the patient is 18 years old. Patients must display multiple motor tics and at least one vocal tic. The motor and vocal tics do not have to occur at the same time, but they both must be experienced in the same year. Within that year, the patient can't have more than three consecutive "tic-free" months.

Several conditions, including obsessive-compulsive disorder (OCD) and attention deficit hyperactivity disorder (ADHD), have been linked with Tourette syndrome. In fact, because of the lack of definitive testing and the possibility of mild symptoms, doctors often diagnose Tourette's after a child has been diagnosed with OCD or ADHD. Learning and sleeping disorders are also common in with patients with Tourette's. Doctors often diagnose these conditions first because they cause a disturbance, or impairment, in the patient's life.

After diagnosis comes treatment. See what works in treating Tourette's.