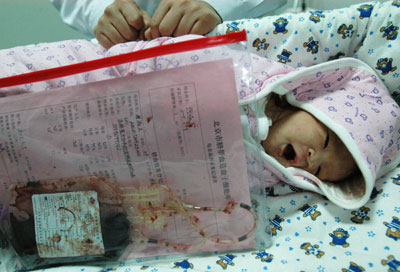 A newborn baby boy lies on a bed beside a bag of umbilical cord blood collected from him at Beijing Chuiyangliu Hospital on March 8, 2005, in Beijing. See more pregnancy pictures.
China Photos/Getty Images

­There's so much to think about when you're expecting a baby, from decorating the nursery to picking out names. Amidst all of the excitement, there are many important choices to make. Be a stay-at-home parent, or secure child care and return to work after the baby is born? Cloth or disposable diapers? Breast-feed or bottle-feed? Save the baby's cord ­blood, or not? That last question might be unfamiliar to you if you haven't been privy to any baby discussions lately, but it's a decision that today's parents must make.

Cord blood is essentially the blood from the umbilical cord of a newborn baby, although in actuality it should be called placental blood, as most of the blood is in the placenta. This blood amounts to as much as 180 milliliters, or 6 ounces, on average.

Since the early 1990s, there's been a movement to save, or "bank," this blood for potential future use. Cord blood is a source of a specific type of hematopoietic (blood forming) stem cell and can potentially cure a host of diseases and other conditions. Cord-blood-derived embryoniclike (CBE) stem cells are similar to embryonic stem cells, but with the plus of using something that was going to be thrown away anyway.

Does that mean that CBE stem cells are less controversial than embryonic stem cells? You'd think so, but that's not the case. Let's start with looking at how cord blood is collected and stored, as the latter is one of the sources of controversy.

You and Your Baby 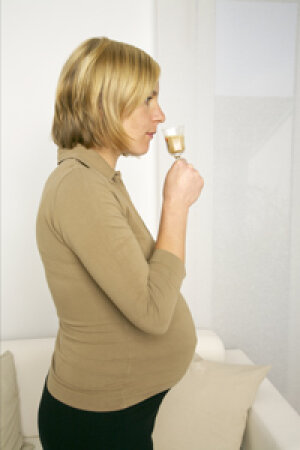 Your Senses During Pregnancy 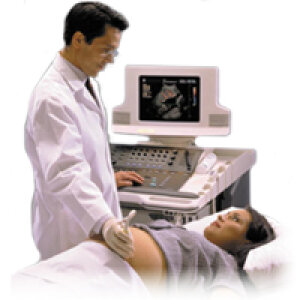