Beginning of Puberty in Females 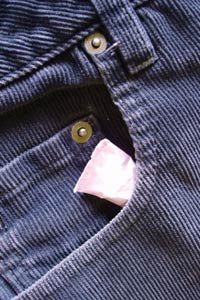 A common middle- and high-school female dilemma: bring a purse to the bathroom or discreetly tuck a tampon in your pocket?
©iStockphoto/Tootles

Puberty in a girl is generally considered to start when she has her first menstrual period, also called menarche. This is a good marker to use because a girl's age at menarche can vary by quite a lot. In a group of girls studied in a state social care environment, girls of the same age exhibited as much difference as 3.5 years in developmental growth despite being the same chronological age (meaning one girl might be two years ahead of the average when menarche occurs and another girl two years behind the average even though they're both the same age) [source: Pryor, et al].

However, puberty starts before that, often between the ages of 10 and 14. Before menarche occurs, the hormonal makeup of the body changes, pubic hair appears and breasts begin developing (we'll talk more about that later). A girl's average age at the time of her first period is 12 years old. Periods can come earlier or later than that, however, and the average age of menarche has been dropping. Girls for whom menarche occurs after age 13 tend to have more irregular ovulation cycles until age 18 or 19 [source: MedicineNet].

During puberty, a girl may experience a remarkable change in height: Girls often grow as much as 3.5 inches (8.9 centimeters) in height a year during puberty [source: Morgan, et al]. Girls can gain almost one-fifth of their final adult height during puberty, and the first period usually follows the first major growth cycle by six months [source: MedicineNet].

The first period correlates with a sort of "halfway point" in adolescent bone growth. The bones will have widened and begun to lengthen, but they aren't fully mineralized, making them more vulnerable to fractures. This is bad news because girls (and boys) can often be clumsy during puberty. But they can't be blamed -- bodily growth doesn't happen everywhere at the same time. First the hands and feet grow, meaning lots of falling over and dropping things. Soon enough, though, the rest of the body will even out in proportion, and the pubescent girl should be able to walk across a crowded cafeteria without catastrophe.