Diet Pills: What You Need to Know 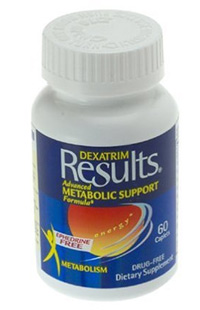 Some over-the-counter pills (such as Xenedrine, Dexatrim and Zantrex-3) once used a powerful combination of the stimulant ephedra and caffeine to help users shed pounds. They reportedly worked in combination by increasing energy expenditure -- or thermogenesis (it is thought that caffeine increases metabolism by increasing the breakdown of fatty acids) -- and reducing appetite (ephedrine acts on the satiety center in the hypothalamus). But since late 2003, when the FDA banned the sale of ephedra-containing drugs due to evidence of increased risk of heart attack, these formulations have replaced ephedra with a mixture of vitamins (such as thiamin, riboflavin, vitamin B-6, folic acid), an ephedra-like substance called synephrine that is found in certain citrus fruits, and caffeine. The combination reportedly increases energy while boosting metabolism.

There are many herbal weight-loss supplements on the market today, and they utilize different mechanisms to reportedly aid in dieting. Here are some of the more common ingredients and their reported weight-loss mechanisms:

So as you can see, there are a lot of diet pills out there, all claiming to help you lose weight in one way or another. But do they really work? And what kinds of side effects can you expect?