The Basics of Qi 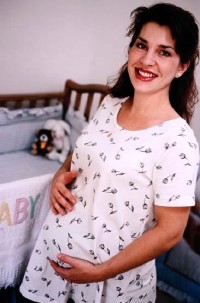 Prenatal qi reflects your heritage, including your prenatal experience.

Chinese medicine traditionally divides qi into various types, depending on its source and function. The original source of this life force is a person's parents, and the qi inherited from them is known as prenatal qi.

Prenatal qi, the basic constitution of a human being, depends on genetics and the quality of the parents' lives at the time of conception and during pregnancy.

This qi is the person's heritage, and it cannot be replenished; however, healthy lifestyle, diet, and breathing practices can conserve prenatal qi and slow down its depletion.

Postnatal qi, or acquired qi, is derived from the digestion of food and extracted from the air we breathe. Combined with prenatal qi, it forms the totality of the body's power to perform all the vital processes of life.

Lung Qi: One of the functions of the lungs is to extract qi from air and incorporate it into the storehouse of postnatal qi. The strength of postnatal qi depends on a number of factors: the strength of lung qi, the quality of the air, and the performance of breathing exercises such as qi gong, which enhances the lungs' ability to extract qi from air. When lung qi is deficient, a person can experience symptoms of fatigue, shortness of breath, pallor, and frequent colds.

Spleen Qi: The other factor in building strong postnatal qi is the quality of the food we eat and the strength of our digestive organs, especially the spleen. When spleen qi is weak, symptoms of fatigue, lack of appetite, sluggishness, and loose stools can occur. When the diet lacks essential nutrients and variety, the extraction of qi is impaired even if spleen qi is strong.

When both spleen qi and lung qi are strong, and the quality of our air and food are high, postnatal qi can grow. Herbs that tonify lung and spleen qi, along with breathing practices such as qi gong, further increase the accumulation of postnatal qi. In this way, even a person with a weak inherited constitution (prenatal qi) can experience a life of health and vitality.

The totality of qi that results from the combination of prenatal and postnatal qi is known as true qi. Responsible for all the functions of the body, true qi takes different forms. From the clinical perspective, two of these forms of qi are especially significant: nutritive qi and protective qi.

Nutritive Qi: Nutritive qi circulates in the meridians and nourishes the organs. Acupuncture manipulates this qi to affect organ function. Specific points along the meridians are needled, pressed, or warmed (by means of moxibustion) to achieve specific effects in the organs.

For example, a point below the knee is manipulated traditionally to treat appendicitis, often eliminating the symptoms when the condition is caught before infection sets in.

When a Chinese surgeon performing appendectomies needled this point on his patients, he found that the intestines contracted rhythmically on either side of the appendix. This demonstrates how the power of qi can be observed, even when it is difficult to understand exactly how it is working.

Protective Qi: The other important subdivision of true qi is protective qi, or wei qi. Believed to flow between the skin and muscles, wei qi is responsible for defending the body from external pathogens that attack the body.

Although first described thousands of years ago, wei qi accurately describes the body's immune system. Research has confirmed that herbs traditionally used to tonify wei qi, such as Astragalus root (huang qi), have a powerful effect in strengthening the body's resistance to disease and increasing immune function.

Changes in the levels, direction, or flow of qi in the body can cause health problems. Learn about disorders of qi in the next section of this article.