Lewy Body Dementia, Frontotemporal Dementia and Other Causes of Dementia 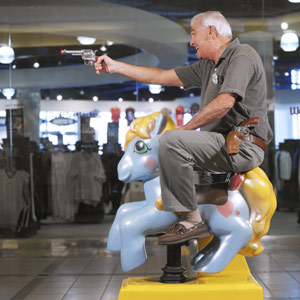 Socially inappropriate behavior may be a sign of frontotemporal dementia.
White Packert/Photonica/Getty Images

Frontotemporal dementia makes up approximately 5 percent of dementia cases [source: Rabins]. This type of dementia is caused by damage to neurons in the frontal and temporal lobes of the brain. Neurofibrillary tangles of the tau protein are present, as they are in Alzheimer's disease, but the amyloid plaques that also characterize Alzheimer's are not. Because the frontal and temporal lobes control judgment and recognize social norms, the first symptoms may involve the person engaging in bizarre and socially inappropriate behavior. For example, if a person starts recklessly spending or gambling, making inappropriate comments or crude actions in public, or shoplifting, then it may be a sign of frontotemporal dementia. One type of frontotemporal dementia is Pick's disease, which is distinguished by apathy, carelessness and poor personal hygiene.

In Huntington's disease, the dementia is accompanied by changes in personality and uncontrollable movements. These movements, which include jerking and fidgeting, may be mild for several years, but as the disease progresses, the movements spread to the entire body. The brain can't control coordination anymore. Huntington's is caused by an abnormal gene, so the children of people with Huntington's disease have a 50 percent chance of inheriting the gene [source: Judd]. People can live with the disease for 15 to 20 years after diagnosis [sources: Rabins, Judd].

Creutzfeldt-Jakob disease affects one in every million people each year [source: Rabins]. Doctors have traced this dementia to a prion infection, prion being an abnormal protein. In some cases this abnormality may be genetic, while it may also appear due to infected tissue used in organ or tissue transplants. In some cases, doctors just don't know why it occurs. This dementia accelerates particularly rapidly, with death usually occurring within just a few months of diagnosis. A variation of Creutzfeldt-Jakob disease occurs after eating beef contaminated with mad cow disease.

While there are many other rarer forms of dementia, we'll mention just two more. Some dementias may occur as the result of disease, one example being HIV-associated dementia. This dementia includes slowed thinking, difficulty concentrating, muscle weakness and difficulty moving. Other dementias may occur as the result of a brain trauma; for example, dementia pugilistica affects boxers who receive repeated blows to the head.

How do doctors determine which type of dementia, if any, the patient is suffering from? We'll take a look at the diagnosing process on the next page. 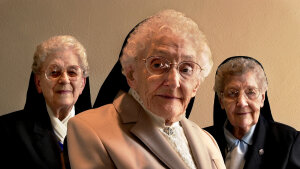 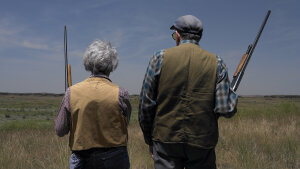 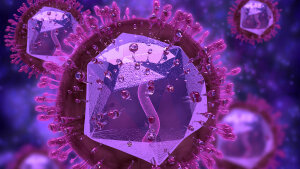